Responsive layout has become a very popular trend in web design, whatever type of a website, it applies to all types of web including

The world wide web is always evolving and growing from year to year, in 2012, responsive web design are becoming more

People love to stay at websites that has a simple design, because they feel comfortable navigating the site with fast load times (So do I). 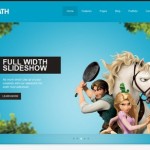 A portfolio WordPress theme is often used by a photographer, graphic designer, artist, business owner to showcase their work or product.

Today, bloggers reign the internet world. Blogging which started out a personal window for the advanced users a few years

Hello WordPress lovers, today we make a list of fresh and new premium WordPress themes that released in October 2011.

10 Useful Tutorials on How to Create a Tabbed Content Widget

Procen is a free WordPress theme based on magazine styles by MagPress. This theme has 3 column and 4 column on the footer widget. It has a

Today we want to show you the best magazine WordPress theme to help you to find the right magazine theme style and improve your online newspaper website. 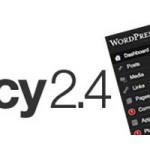 20+ Must Have WordPress Plugins

Everyone knows that plugin are tools to extend the functionality of WordPress. There are so many WordPress plugins out there that is free and ready to 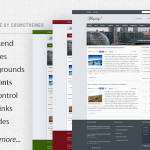